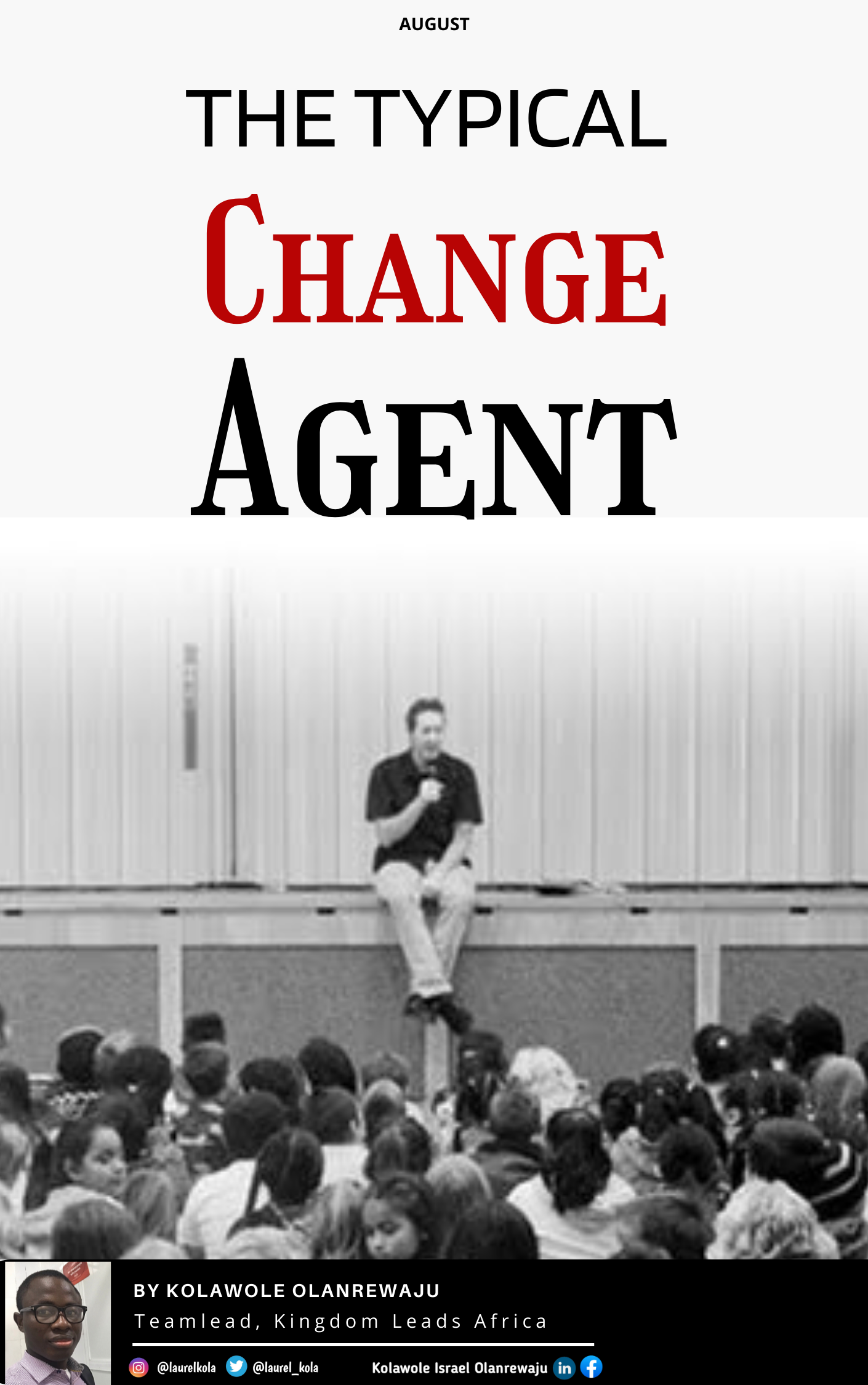 Danny Keith, the Grind Out Hunger initiator was a kid who grew up in Santa Cruz, California. Danny Keith and his family often fretted about food. Would there be enough? Years later, rather than sitting back and watching locals go hungry, Keith, now in his forties, launched Grind Out Hunger, a unique nonprofit that is battling hunger and malnutrition-- big time. These days, Keith is using the vibrant energy of those local youths who, along with their peers, work diligently with local food banks to make sure those in need of food in Santa Cruz County are fed(Greg, 2017)

Change agents, Change advocates, and Agents of change all mean the same thing. They all refer to people like Danny who sees a problem as a problem and further determines to engineer its solution.

It's good to understand a change agent as a catalyst for change, a person who can make changes happen by inspiring and influencing others.

A change agent will promote, champion, enable, and support changes to be made in any setting provided they are going to be some sort of solutions to identified problems in such settings.

This is a critical role which does not require a university degree to occupy but a ‘Danny’s heart’, the heart of a leader who identifies with people in actual or potential problems. I mean the heart that add value to people's lives.

If we can all be like Danny Keith of our societies, in no time Africa will be where we desire it to be.